At The North EDSA Metro Train

North Avenue MRT Station, also called North for short, is a station on the Manila Metro Rail Transit System Line 3 (MRT-3). North Avenue is one of the many elevated stations that can be found on the line. The station is located in Diliman in Quezon City and is named after its location, which is at the corner of Epifanio de los Santos Avenue (EDSA) and North Avenue. It opened to public December of 1999.

The station is the northern terminus of the MRT-3 and is the first and last station for trains headed to and from Taft Avenue respectively.

The station is directly connected to one of the Philippines’ premier shopping malls, Ayala TriNoma which opened in 2007. It is also close to SM City North EDSA, one of the Philippine’s largest malls. Other nearby landmarks include Quezon Memorial Circle and Triangle Park where Veterans Memorial Medical Center, Department of Agriculture, Philippine Science High School Main Campus, Quezon City Science High School and Ninoy Aquino Parks & Wildlife Center can be found.

North Avenue station is a major hub for buses plying the EDSA route. A bus terminal is located near the station. Taxis and jeepneys also stop in and around the bus terminal and the station.

A northern extension of MRT-7 is proposed. When completed, the station would be connected through a transfer point to the North Avenue LRT Station. 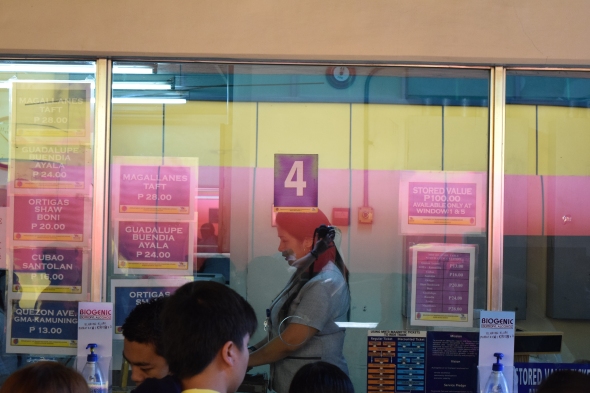 3 thoughts on “At The North EDSA Metro Train”